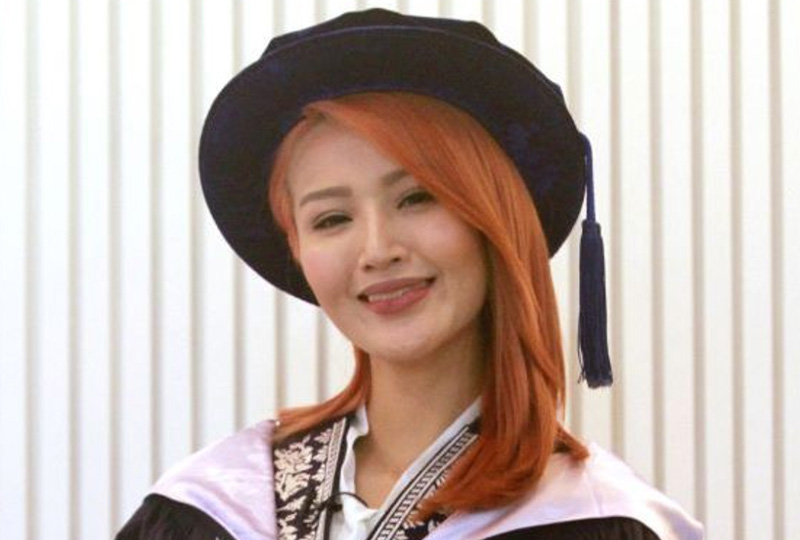 PETALING JAYA: Former Miss World Malaysia 2008 Dr Soo Wincci  has made it to the Malaysia Book of Records once again.

The beauty queen turned artiste also posted several updates, including that of her fifth graduation, which took place in Spain and the announcement of her new single.

“Today, (I) managed to graduate for my 5th time in my life and will be launching my own produced and composed hybrid single in four languages (English, Malay, Chinese and Spanish) titled ‘Cut Away’ with my Taiwan and China record labels & publishing company which is Ocean Butterflies, Taihe Group & Touch Music (sic),” she said on her Instagram.

Soo was in Valencia, Spain, to receive her Post Master Degree Fellowship from Berklee College of Music.

Last year, she obtained the Master in Music from the same university.

In 2016, Soo obtained a PhD in Business from Open University Malaysia.

“This is just the start! As I mentioned I am not born smart or lucky so I need to keep on learning!” she wrote on her Instagram, noting that it took her 15 years to be where she is today.

Soo’s posts received thousands of likes, with many congratulating her on her achievements.