INCLUSIVITY AS AN ODL RAISON D’ÉTRE 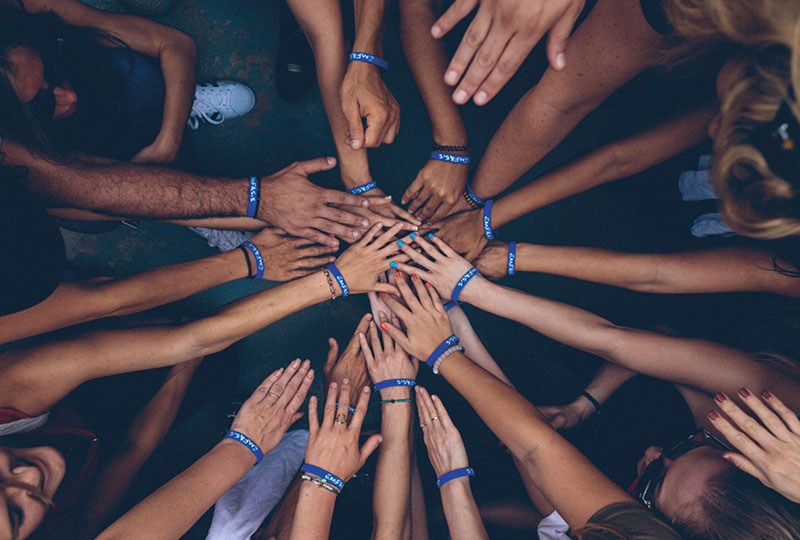 A quote of Heraclitus, the pre-Socratic Greek philosopher, comes to mind: “Change is the only constant in life”. If all things change given time, then the idea of technology as disruption is but a misnomer, as I will argue in this brief essay. But, first, what is technology? Succinctly, technology can be anything created by humans to solve a problem or to make life easier for us. Technology will evolve and we will be in a position to leverage on the evolution of technology to our benefit and convenience. Is it a disruption? It may be so for those who refuse to adapt or change.

“Technology will evolve and we will be in a position to leverage on the evolution of technology to our benefit and convenience. Is it a disruption? It may be so for those who refuse to adapt or change. ”

Change brought about by the evolution of technology is writ large across all spheres, including education. Before, the pursuit of education was constrained by place and time over which learners had little control. Since then, these constraints have been loosened by technological advancement, enabling learners to pursue education from wherever they may be located in a variety of manner: part-time, flexible time, prescribed time, asynchronous time, limited time and anytime. As concomitant change, the traditional chalk board in the classroom has shrunk to the size of the laptop screen and then, even further, to the size of the mobile device. And in place of physical books that we used to have to lug around, we now have educational resources in easily accessible electronic formats such as audiobooks and e-books. These technology-enabled changes have undoubtedly freed us from the tyranny of the physical and, in doing so, transformed teaching and learning.

To further drive home this fundamental point about technology and educational change, we may invoke food as a metaphor for comparison. Allow me to elucidate. Let us take our humble roti canai and consider how it has evolved, so to speak. Traditionally, it is a breakfast dish, best taken with that other favourite teh tarik, a sweet milky and frothy tea served in a glass. Will roti canai remain the same as time goes by? Not a chance! Now it is available any time of the day, with a wide array of stuffing, too. Familiar variations include roti telur (with beaten egg inside), roti pisang (chockful of creamy melted bananas) and roti bom, with fillings that include sardine, garlic, onion and whatever else that tickles one’s fancy. More adventurous patrons will ask for roti canai banjir (the roti flooded with gravy) with half-boiled eggs and pickled onions on top to be consumed with masala tea.

Just as the roti canai is now served 24 hours a day in an increasing variety of forms, so too should educational opportunities be further multiplied to cater to individuals and groups from diverse backgrounds so that, ultimately, no one is left behind. To be sure, technological advances have to date made it possible for more learners to pursue education from which they would otherwise have been excluded. Institutions of higher learning, especially those specialising in open and distance learning (ODL), such as OUM, have played a key role in democratising education in this way. OUM, for instance, has opened its doors to tens of thousands of adults and working adults to pursue their dream of higher education without having to relocate, quit their jobs, or compromise on life responsibilities. Scores of learners with disability, too, have benefitted from the opportunities created for them. Be that as it may, the question remains: have we reached out to everyone? Have we, in other words, exhausted the potential of inclusive education? If not, what options are at the disposal of ODL institutions to deepen and widen inclusivity?

“Studies have shown that inclusive education creates new opportunities for learning and enables both students with and without disabilities to obtain higher academic achievements and improved skills, as well as to show more positive attitudes towards themselves and others. ”

Inclusive education is not simply about inclusion in the sense of expecting learners to fit in with the mainstream. Rather, in the words of Clementina Acedo (former UNESCO-IBE Director), inclusive education is “a process of addressing and responding to the diversity of needs of all learners through increasing participation in learning, cultures and communities, and reducing exclusion from education and from within education.” It is realised by “accepting, understanding, and attending to student differences and diversity, which can include physical, cognitive, academic, social, and emotional”, to cite educational psychologist, Lilla Dale McManis.

The push for inclusive education occurs across a wide range of contexts and differences, covering ability, gender, ethnicity, class, and so on, which I will not have space to cover in detail. Here I only want to touch on how ODL institutions may increase inclusiveness for learners with disabilities (LWD) such as hearing loss, low vision or blindness, learning disabilities, and chronic health disorders. Ensuring that LWD are included goes beyond providing them with minimal facilities to study. It also means leveraging on technology to create curricular content in formats that are appropriate to the disabilities experienced by the learners – for instance, audio books, videos in sign language, materials in Braille, and so on. It calls for the provision of support in the form of inclusive instructional strategies and interactivities shared with peers without disabilities. And it warrants training and support for faculty members and learners without disabilities so that they are sufficiently well-informed and prepared to contribute to the creation of a culture of genuine inclusiveness. Within the context of this discussion, the ones who stand to benefit from inclusive education are not only LWD. Studies have shown that inclusive education creates new opportunities for learning and enables both students with and without disabilities to obtain higher academic achievements and improved skills, as well as to show more positive attitudes towards themselves and others.

The potential of inclusive education is now formally recognised by Malaysia’s Ministry of Education, albeit in the narrow context of LWD, as is evidenced by the recent launch of the OKU (Disabled) Inclusion in Higher Education Institutions Policy. The said policy is to be implemented over the next ten years by all public universities in Malaysia. Although unbound to the policy, private institutions of higher education, including those specialising in ODL, too, stand to reap the benefits of gradually moving towards realising the goals of inclusive education. Because of their pedagogical speciality and primary focus on adult learners, ODL institutions are well placed to make a difference in further opening up opportunities for Malaysians of all backgrounds to pursue their educational aspirations. By doing so, they will help realise the fundamental liberties of equality and rights in education enshrined in the National Education Philosophy and the Federal Constitution.