OUM SCHOLARSHIPS FOR THE DESERVING 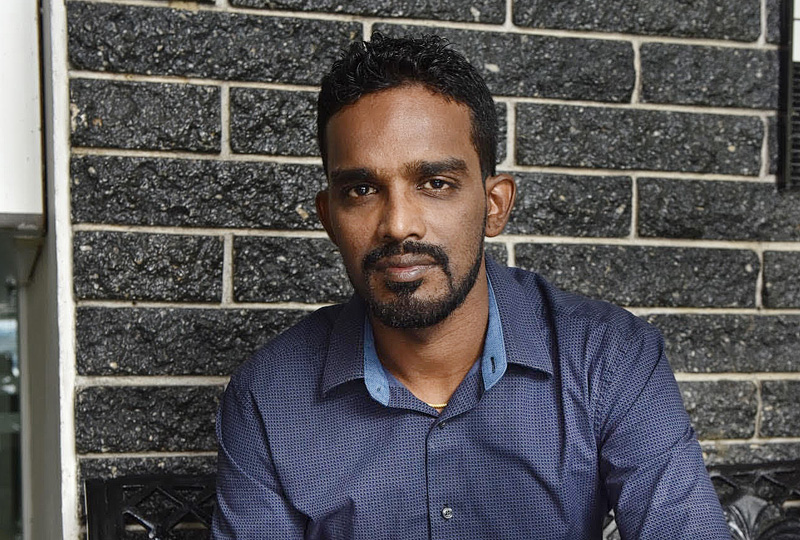 Higher education does not come cheap. For many learners, scholarships, bursaries and other types of financial aids are definitely a big help.

As a university concerned about its learners’ welfare, Open University Malaysia (OUM) grants scholarships to its outstanding learners as well as those who need financial aid.

Since its inception, OUM has provided financial assistance to a large number of learners as the bursary is made available not only as a means to encourage learners to perform academically, but also to support needy learners with low income.

Sashi Kumar Murugaya, 34, is one of the many deserving learners who enjoyed the scholarship during his studies in the Bachelor of Business Administration (BBA) with Honours programme. Sashi Kumar, who graduated in 2017, received funding from his second year onwards due to his excellent academic performance.

“I received the scholarship based on the results from my first year of studies. I managed to sustain a high grade point average (GPA) and was awarded the scholarship for three academic years thereon,” he explains.

OUM’s tuition fees are reasonable and affordable, compared with other higher education institutions. According to Sashi Kumar, the scholarship became a bonus as it helped him cover the entire tuition fees for the programme, which would have amounted to quite a large sum.

“For the BBA, each semester would cost me around RM2,000. Since I managed to score a high GPA every semester, I saved more or less RM6,000 per academic year,” Sashi Kumar shares. “It motivated me to do well every semester in order to enjoy the scholarship.”

Two types of scholarships are available for qualified learners. The academic excellence scholarship is awarded to those who score a minimum GPA of 3.75 for diploma and bachelor’s degree learners, or 3.85 and above for master’s degree learners. Recipients enjoy a tuition fee waiver in the subsequent semester.
They do not have to apply for the scholarship as eligible learners are selected by the University’s scholarship committee.

The second type of scholarship available is financial aid offered to diploma and bachelor’s degree learners who are considered economically disadvantaged. Unlike the academic excellence scholarship, those who wish to obtain the aid must submit an application form to the scholarship committee. Once granted, recipients will get a tuition fee waiver for three consecutive semesters.

The scholarship committee selects eligible learners and the University disburses the scholarships every semester, which takes place every January, May and September.

In 2018 alone, 130 learners received the financial aid in both May and September semesters. In the January 2019 semester, 100 learners received financial aid. A majority of the recipients are made up of learners struggling financially. In total, OUM provided scholarships amounting to RM840,000 in 2018, while almost RM585,000 has been disbursed so far this year.

Alongside the University’s vision to provide an accessible, affordable and flexible learning experience, this endeavour is part of OUM’s long-held initiative to encourage anyone, anywhere to pursue their academic dreams.

For more information on OUM’s scholarships and programmes, call the speed line at +603-7801 2000, e-mail enquiries@oum.edu.my or visit www.oum.edu.my/oum.