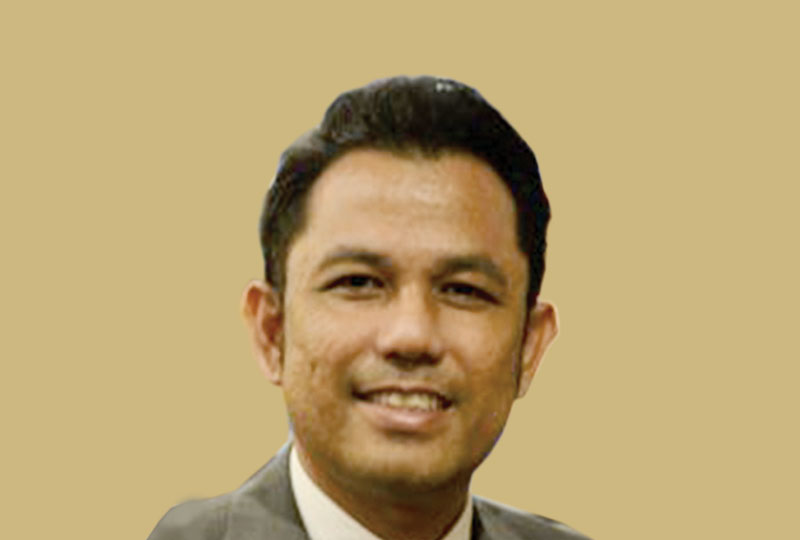 TAWAU: The key for numerous overflow of benefits entering Sabah is by ensuring road connectivity with neighbouring country, Indonesia, which is the fourth most populous nation on earth at 271 million people.

On the North Kalimantan-Kalabakan district border, about 106km from here, is 40km of logging road, which is being eyed by the Government for development.

The rugged potholed route, which traverses oil palm plantations, jungle and rivers, connects Kampung Serudung, Kalabakan on the east coast of Sabah to the town of Simanggis in Indonesia.

State Finance Assistant Minister Sarifuddin Hata (pic) said a RM600 million allocation provided for Kalabakan for the construction of Kalabakan-Serudong Road and the Customs and Quarantine Complex (CIQ) in Serudong places Sabah on track to make preparations in order to benefit from the shift of the Indonesian capital to Kalimantan.

“The large allocation is indeed needed as the early preparation of the State to receive the effect of development of the new Indonesian capital in Kalimantan,’’ he said.

Sarifuddin said the allocation is also important for the operations of the security forces on the border areas, including involving the construction of an army camp.

“We will definitely be able to boost the supervision on the national border area, especially involving the economy,’’ he also said.

According to Sarifuddin, the announced budget paves the way towards the development of the new Kalabakan town, providing business opportunities and employment to residents of Tawau and an economic overflow to Sabah.

“During our 8,000km Borneo Tour Expedition in 2012, 20 four-wheel-drive vehicles from the club travelled along the Kalabakan-Serudong logging roads.

“We saw the border roads in Simanggis, Indonesia had been tarred, only waiting (to be connected) to the Kalabakan side.

This is a sign that Indonesia had been ready for a long time towards a co-operation (with Sabah).

“As lovers of the extreme sport, we see the construction of the road as opening further room for co-operation with Indonesia in extreme sports, especially in Sabah.

“Even currently, we are co-operating with the Indonesia Off-Road Federation (IOF) and we can conduct many programmes and invite them when this road is operational. This directly brings positive economic and tourism overflow to Sabah,” he said.

“There are universities in Balik Papan and Samarinda, maybe collaborations can exist, other than attracting international students,’’ he added.