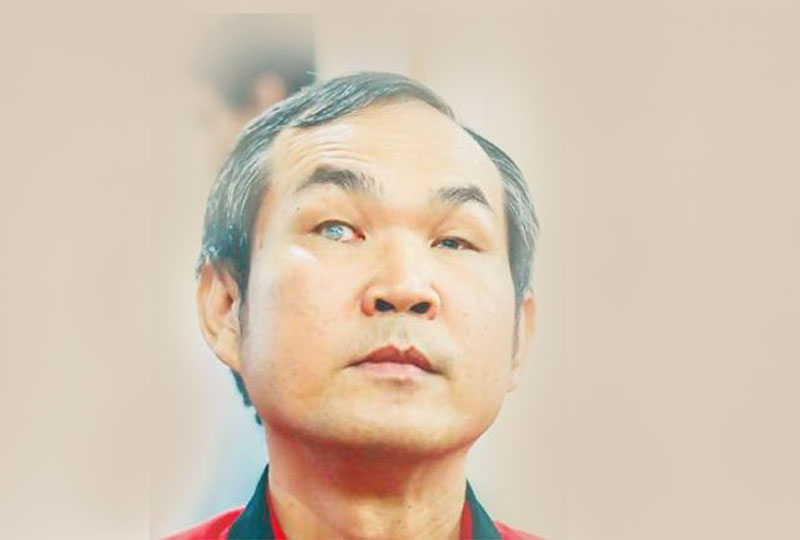 FOR an 11-year-old who loved to play badminton, it must have been devastating to discover that he was losing his eyesight.

But for Dr Wong Huey Siew (pix), it became a challenge to stay on top of his game and this he did with perseverance and determination.

While he had to give up his beloved sport, he found another platform that enabled him to not just survive but to thrive.

This he did by immersing himself in academic pursuits.

Years later, his never-say-die attitude paid off – he earned a PhD in Special Education and is now giving back to society through his work as a speaker and campaigner for the visually impaired.

Recalling his growing up years in Seremban, the 50-year-old said he did not realise he had a problem with his eyesight until his teachers pointed out that his schoolwork was becoming sloppy.

Eventually, he began to bump into flower pots and fall into the drain.

Despite those initial signs, Wong kept it from his parents because he did not want to worry his father, who had to feed 10 children on his meagre RM300 a month income as a rubber tapper.

“As a small boy, I was also afraid (of my father). Finally, a teacher visited my parents and advised them to take me to an opthalmologist.

“My father then took me to a government hospital to have my eyes checked,” he told theSun in a recent interview.

Initially, he was informed that he only needed thicker lenses for his spectacles but it did not work.

At the same time, the medical bills, at RM100 a treatment, was taking a financial toll on his family.

Nonetheless, his father pressed on to find a cure and finally, he had an eye surgery.

However, the eye surgeons failed to realise it was an optic problem and proceeded to remove what they thought was a cataract.

That rendered him permanently blind.

The error was only discovered on a trip to Singapore.

The family was told that there was no remedy.

As a result, Wong had to stop schooling.

For three years, he spent his days either listening to the radio or talking to his family.

“It was a trying time for us. Later we were told about the Princess Elizabeth School for the Blind in Johor Baru,” he recalled.

At the urging of his friends, the senior Wong agreed to enrol him in the school.

“It was a boarding school and education was free.

“But I had to start from Standard One again because I had to learn everything in Braille,” he said.

Against all odds, Wong thrived through his secondary school years.

“My father never put pressure on me.

“He trusted me to take care of myself.

“He only asked about my lessons once in a while.”

Wong eventually received an offer to study anthropology and sociology at Universiti Malaya.

Given his parents’ tight financial condition, he sought funds elsewhere.

Luck was with him.

In his first semester, he received an RM3,500 scholarship from the Institute of Engineers, extended through the Malaysian Association for the Blind.

“I had to instil in myself a sense of discipline to focus on my studies,” Wong said.

“Firstly, I came from a poor family so I was always reminded of the hard times.”

Upon graduation, Wong worked for a year as a student education counsellor to earn enough money for him to pursue a Masters.

His thirst for success later led to a PhD at the Open University.

“This is the pinnacle of my academic pursuit,” he said with pride.

In his current role as an advocate for the visually impaired, Wong recently called on the government to enable persons with disabilities to get insurance coverage.

Despite the challenges, he has faced, or because of that, Wong is optimistic and prepared to lend an ear to anyone in need.

“Relax and enjoy what you are doing and you will feel comfortable and all will be smooth sailing, even in the face of challenges.”